Following the removal in 2008 of the ex Bush Pilots Airways/Air Queensland DC3 on the Pole at the entrance to the Cairns airport (after 25 years) due to severe corrosion, Cairns Airport Pty Ltd wanted to recognise, in some way, North Queensland’s aviation heritage.  They came up with the idea of having an Aviation Pioneers Display in the Domestic Terminal to cover pre WW2, WW2 itself and post war to include Bush Pilots Airways and Air Queensland.  One of the propellors off the DC3 on the Pole was also on display too.

Since the renovation of the Domestic Terminal in 2019-20 this Aviation Pioneers Display has been moved upstairs, above the escalators, just before the Airline Lounges.

Taken from CAIRNS POST 28th April 2012
One of Cairn's oldest fraternities took a flight down memory lane as the men of Bush Pilots Airways converged on Cairns Airport for the opening of The Aviation Pioneers Display.

“It gives us a chance to look in the rear view mirror” Bush Pilots Airways spokesman Lionel Dyer said. “Bushies had a unique culture, in as much as you were there because you loved it”.

Founded in in Cairns in 1951 by RAAF veteran Sir Robert Norman, the airline became a stalwart in the Far North, flying to remote areas which relied heavily on their services.

“You felt as though you were contributing something, not just to the airline itself, but to our passengers and people in the bush,” Mr Dyer said.

“There was not such thing as roads or air services, a lot of these places didn't even have proper airstrips.”

Bush Pilots Airways subsequently closed in 1988, with one of it's Douglas DC-3s kept by the airport as an ongoing tribute to the airline before being dismantled due to electrolysis in 2008.

However, one of the propellers is on display inside the terminal. 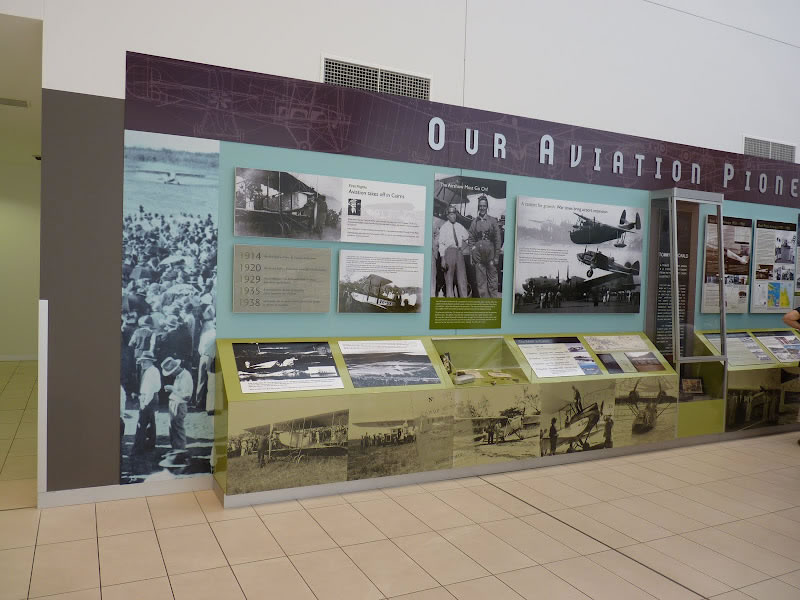