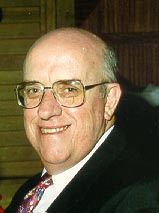 Ron, age 20, joined Bush Pilots Airways in 1959 as Assistant Company Secretary when the fleet consisted of Auster J5Bs and a Cessna182 contracted to the State’s Flying Surgeon, based at Longreach.  He was appointed Secretary in 1960 and promoted to General Manager in 1966, overseeing the expansion to a fleet of F27s, DC3s, Metros and Twin Otters operating throughout the State and to the Northern Territory.  When he resigned as Group General Manager in late 1984, after 25 years with the company, Ron had seen it grow from a small charter operation, to a commuter airline, and to the ultimate goal – full airline status.

Ron redirected his energies towards education being appointed Adjunct Professor of Aviation Management at Griffith University’s School of Aviation. He obtained an MBA with distinction. He was a Fellow of several Institutions including the Royal Aeronautical Society. For six years he was a Board Member of Airservices Australia.

In 2001, he published a best seller – Bushies, A History of Bush Pilots – Air Queensland.

Ron passed his records and memorabilia to the Cairns Historical Society for archiving, and he was instrumental in creating the Bushies Display in the former Cairns Museum.  Today he enjoys the fellowship at the bi-annual Brisbane Bushies Reunions.