This aircraft (Serial No 42-23424) was built for the US Army Air Force as a C47 in March 1943 at Long Beach California.  In May 1943 it was flown to Australia for the RAAF and registered as A65-9.  Later it operated for the British Mission in Japan from August 1945 to May 1946 before being flown back to Australia for storage.

Qantas bought it for 6250 pounds late 1947 and operated it as VH-EAM until sold in 1953 to East West Airlines and re-registered as VH-EWA – their first DC3.  Registration was later changed to EWF and again to VH-PWN in December 1967 when it went to an East West subsidiary Pacific and Western Aviation.

On 21 September 1969 PWN was leased to Queensland Pacific Trading Co to mainly carry prawns from the Gulf of Carpentaria to Cairns.  Bush Pilots purchased it on 22 September 1972 and it remained as a passenger aircraft with Bushies and Air Queensland until DC3 operations ceased on 30 September 1987.  Air Queensland closed on 30 April 1988.

Lionel Dyer remembers… John Williamson and his travelling show chartered one of the Bushies DC3s and completed a tour of the Gulf and Cape communities and overnighted in Weipa where they would have stayed at the one and only hotel in the mining town, The Albatross, better known as “The Alby”.

The lyrics include some references to various local culture including

I can understand why John Williamson would want to write a song about the call sign for the DC3 that he chartered.

“Papa Whisky November” has a musical ring to it and he has incorporated an catchy rhythm to go with it and at the same time incorporates a strong Cape York culture into the lyrics. 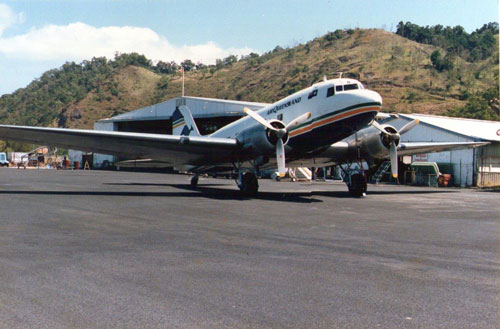 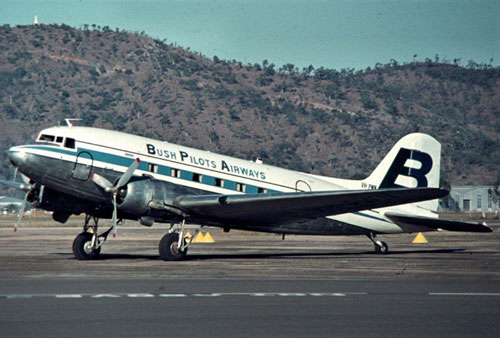